Our workshops are informed by over a decade of experience working with 750+ clients. We work with our clients as advisors and strategists for ongoing projects and initiatives as well as one-off workshops.

verynice knows the non-profit world from many different perspectives; this knowledge has helped shape our interactions with the many non-profits we engage with. Additionally, verynice has implemented a user focused research and feedback loop to our development process that’s helped to quickly gain and implement validated findings.” – Jay Castro, Google

The verynice team really cares. Point blank. They truly are genuine and want you to succeed and will be your bigger supporters, champions, and fan. You feel safe and secure working with verynice because of the transparent, collaborative, honest, dependable, and trustworthy environment that they operate in.” – Daniel Rounds, Social Entrepreneur

We felt like verynice really listened to us throughout this creative process. Communication was also very easy, and we loved their iterative process and how they always kept the project on schedule.” – Michelle Arcos, Membership Coordinator at CPEDV

Working with the team at verynice to carry out a one-week design sprint was great. Having them as outside facilitators allowed all of the participants present to truly focus on the problem at hand and we were able to reach a consensus around our design direction we had not been able to achieve previously.” – Erin Neff, Director of Product at The Black Tux

The verynice team brought a critical new lens to our planning process! They rapidly and accurately gathered diverse perspectives, asked keen questions, and guided an engaging in-person strategy session. Their customized toolkit eloquently synthesized our work together and provided actionable resources we used immediately across our organization.” – Anne Ferree, Chief Strategy and Partnership Officer, Alliance for a Healthier Generation

We’ve become a more open, imaginative and successful organization after working with the team at verynice. Everyone should be so lucky.” – George McGraw, Founder and Executive Director, DIGDEEP

Since 2008, we've worked on thousands of projects and deliverables (literally!). Here's a "highlight reel" of our work. For more information about what we can do for you, be sure to get in touch. 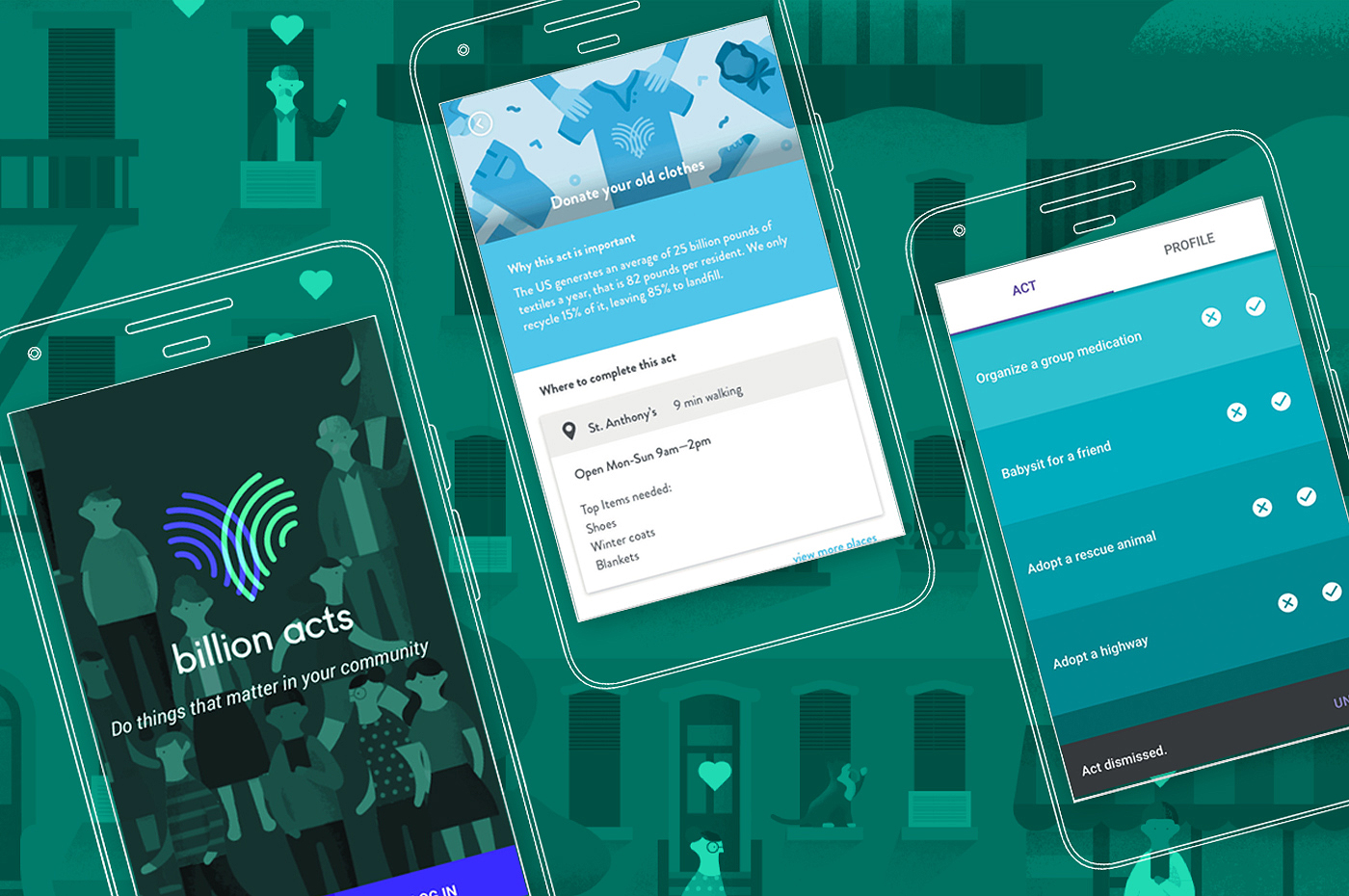 We partnered with Google to support PeaceJam in the launch of Billion Acts, a mobile application that has inspired over 65 million acts of peace across 171 countries, and has been nominated 8 times for the Nobel Peace Prize. Our work focused on brand strategy and positioning as well as advisory on the product development as a whole. 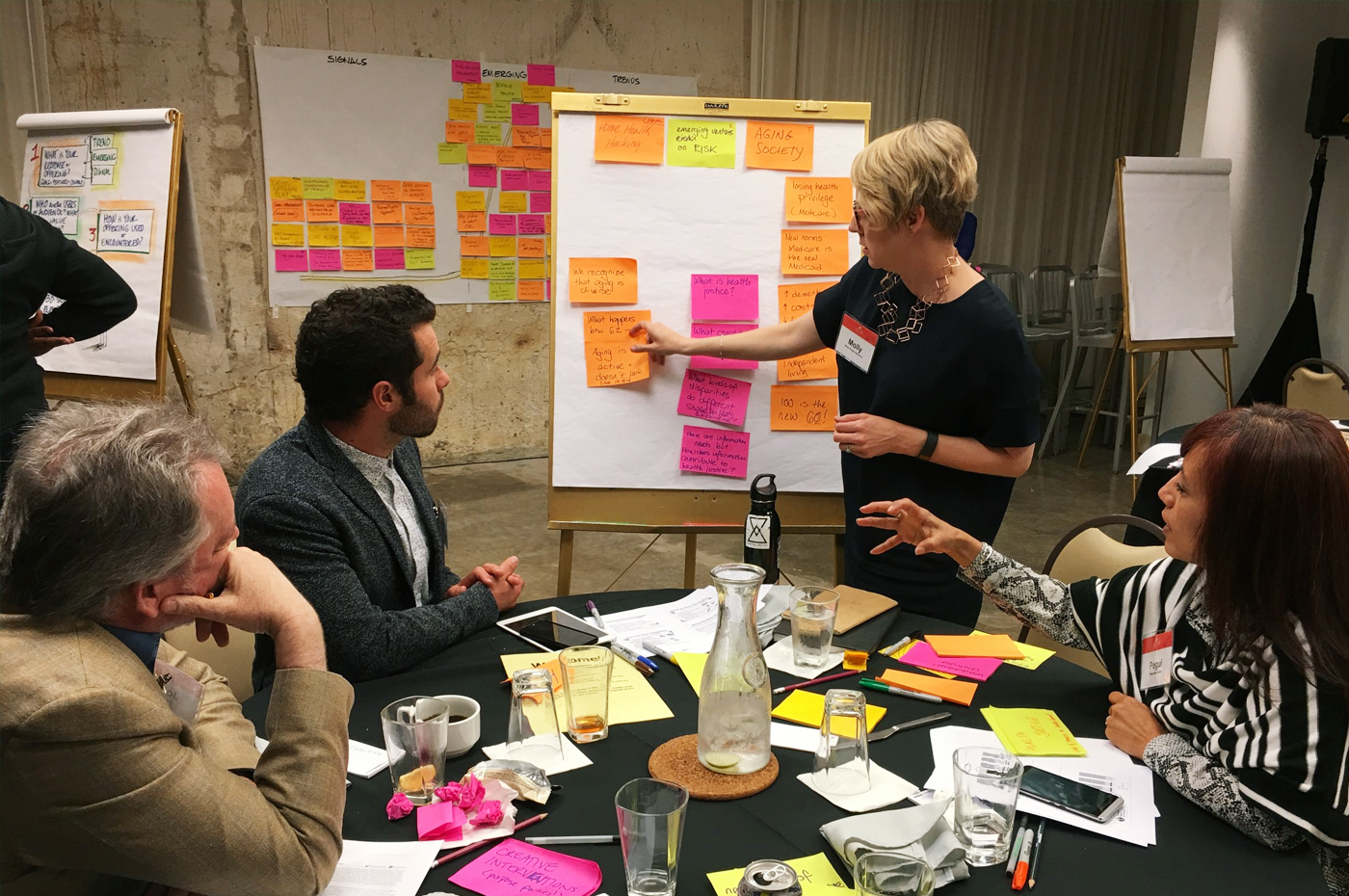 We worked with the American Heart Association to redefine their strategic value proposition, inspiring a new mission statement and a suite of programs to help more Americans live a long and healthy life. In addition, we worked with the organization to explore use cases for VR, map opportunities in social enterprise, and revitalize the Heart Walk. 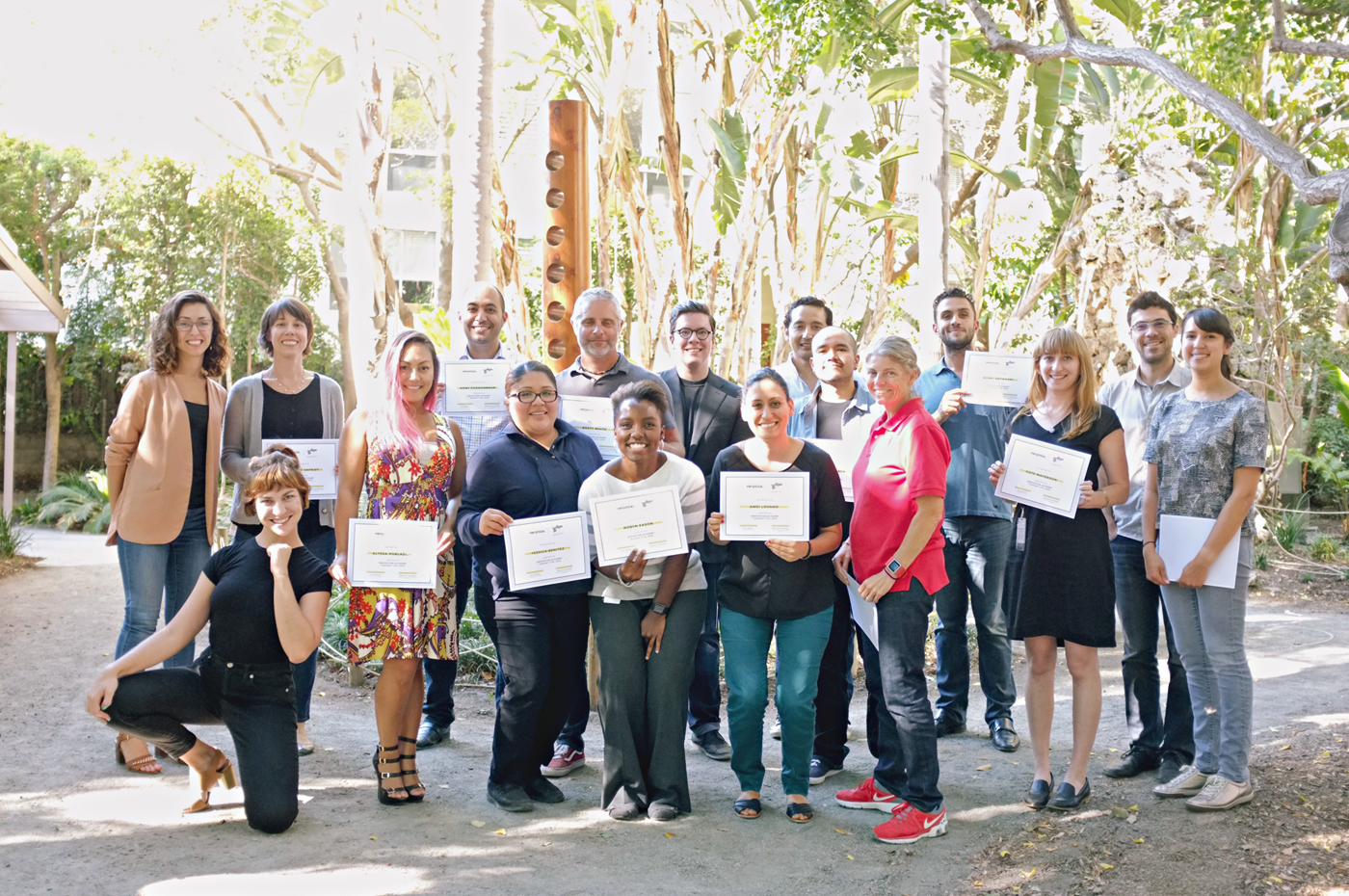 We designed curriculum with the City of West Hollywood's innovation team for an internal training series that fast-tracked the growth of knowledge and resources city staff had access to in the design and innovation sphere. The training included a hybrid learning experience that spanned several months of in-person and online sessions. 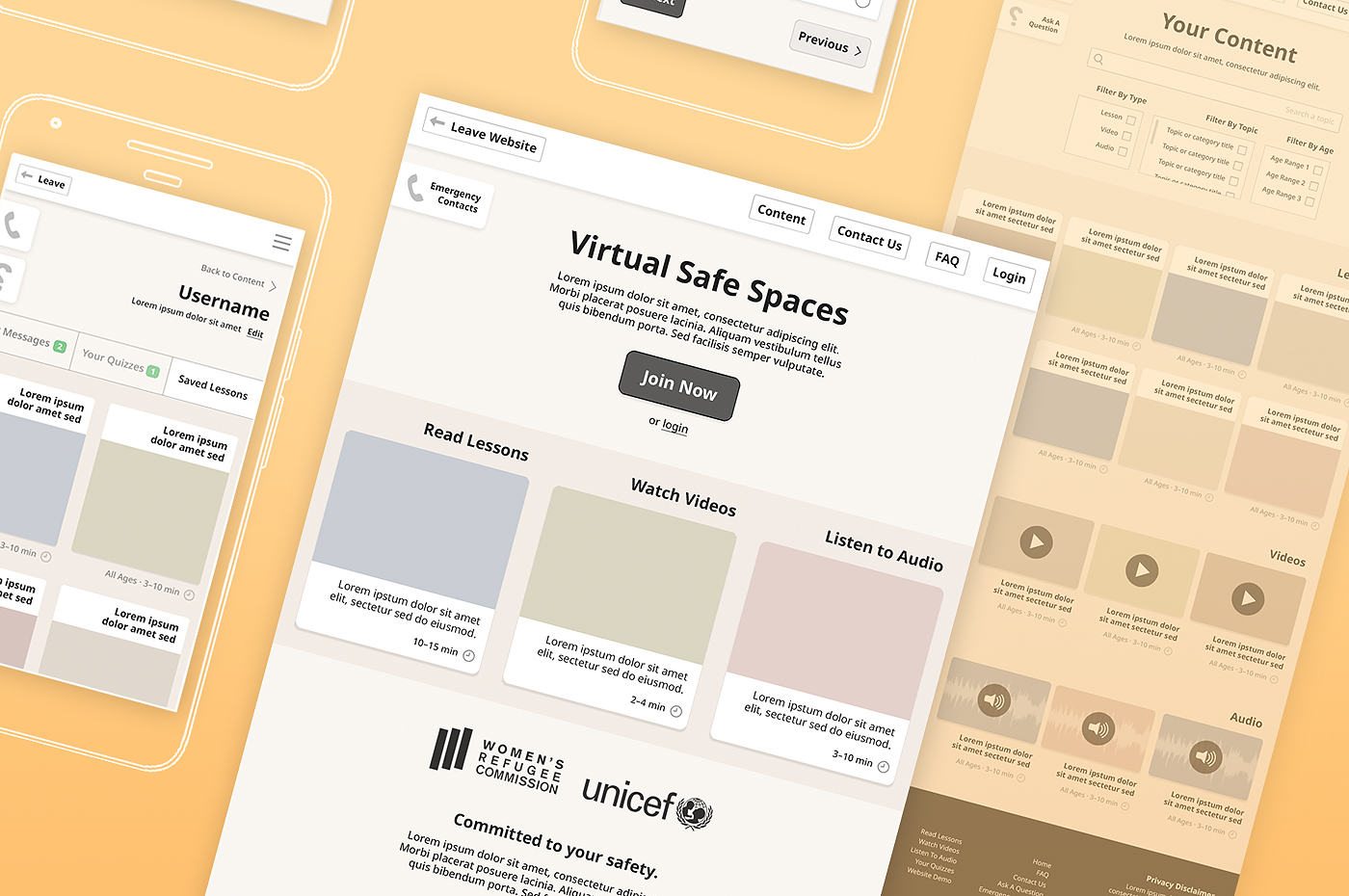 We worked with UNICEF and the Women's Refugee Commission to develop the strategy for a pilot program that leverages online learning to bring sexual and reproductive health education to girls in the Middle East. The program was rolled out in Iraq and Lebanon. 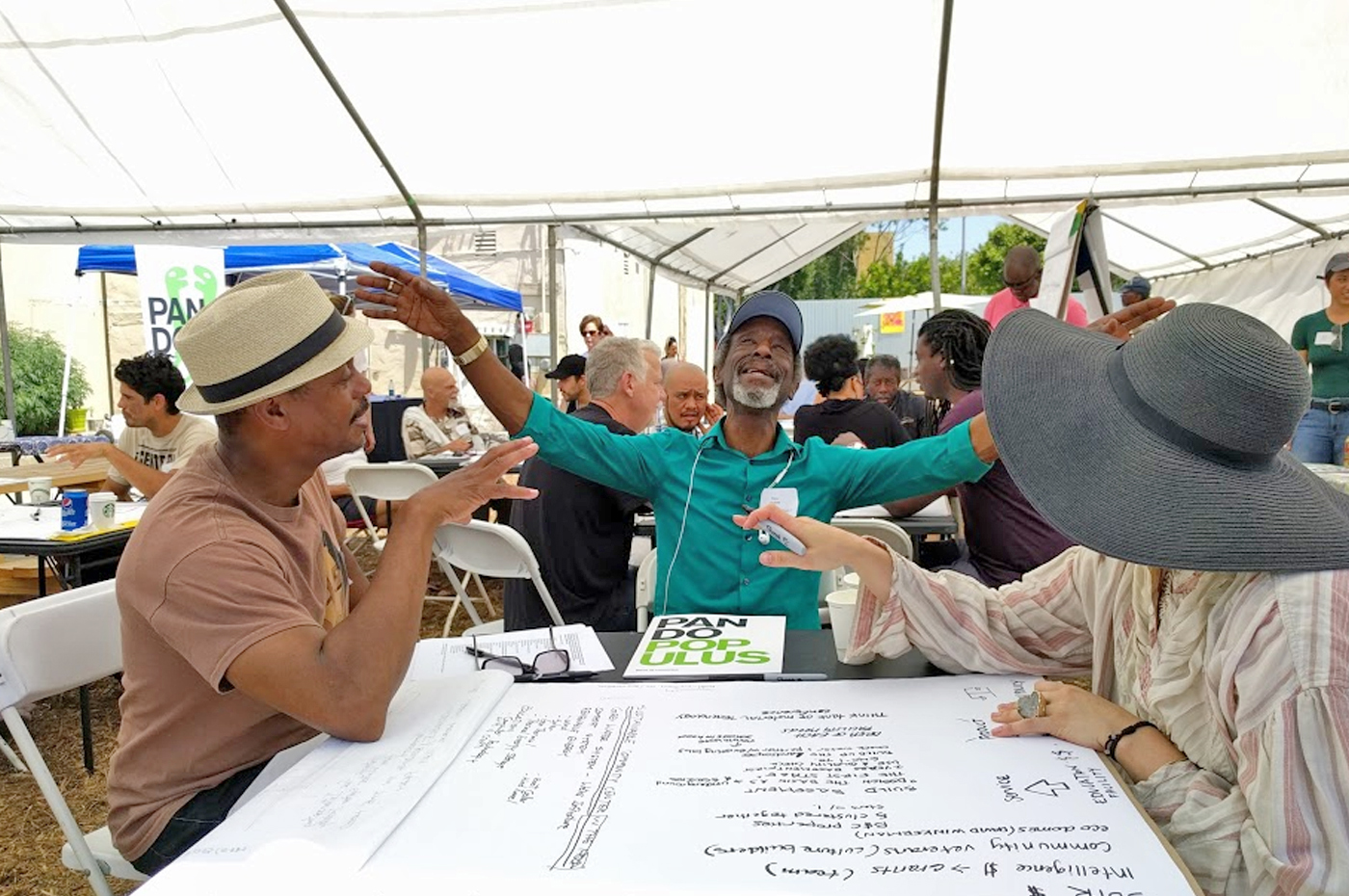 We co-designed and co-facilitated a full-day community workshop in South LA to re-imagine the use of vacant lots in the area. During the workshop, local residents and leaders developed prototypes that were piloted following the workshop. 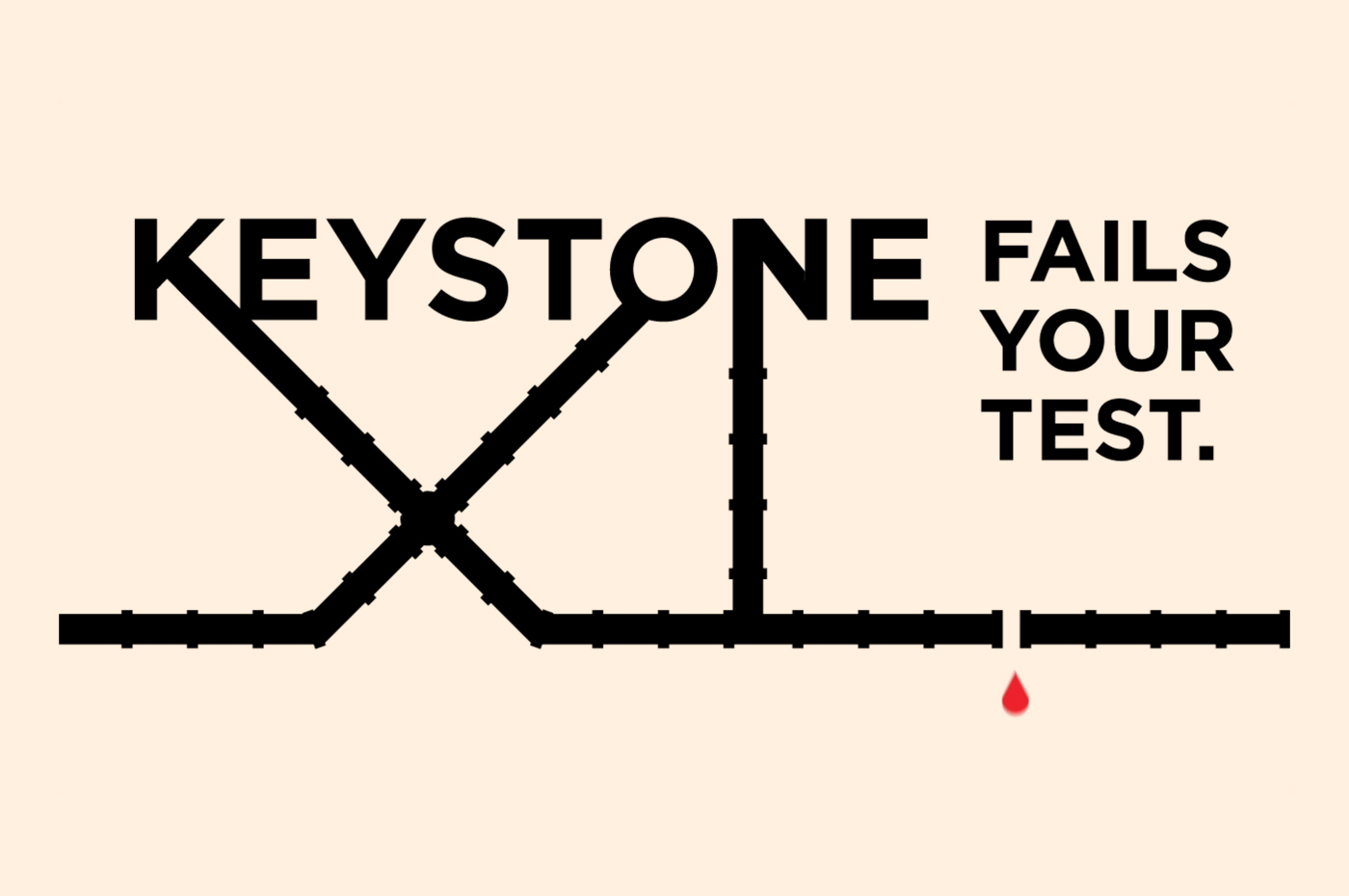 We developed a national campaign that temporarily stopped the Keystone XL pipeline while simultaneously introducing the Natural Resources Defense Council's mission to the Millennial generation. The campaign reach people across the United States, and included innovative partnerships with local artists, celebrities, and musicians to raise awareness. 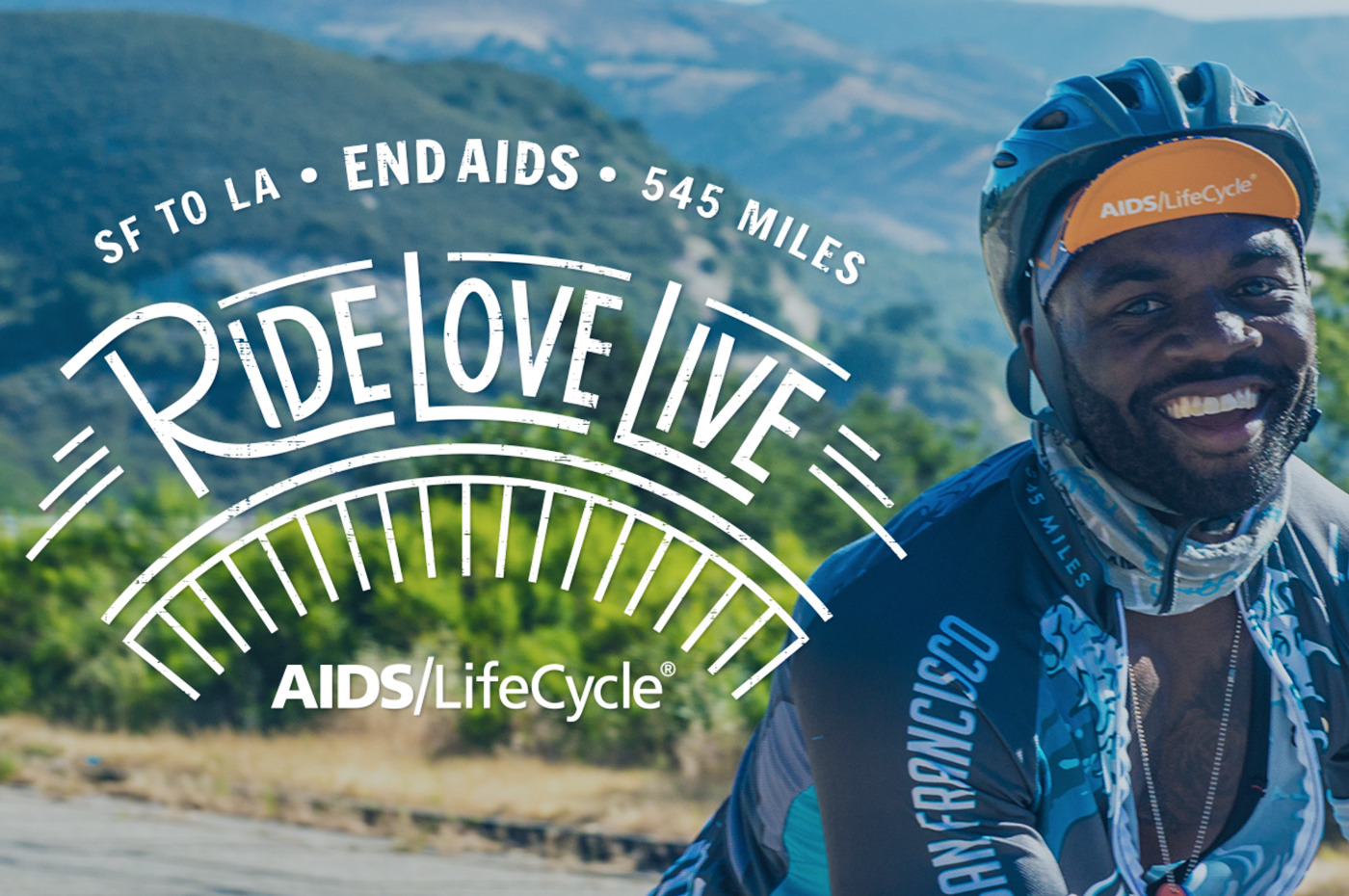 We re-branded and re-named the AIDS/LifeCycle initiative, a 545 mile ride from San Francisco to Los Angeles that raises critical funds for the Los Angeles LGBT Center and the San Francisco AIDS Foundation. The re-brand was so successful, someone even got the logo mark permanently tattooed on them! Since the re-brand, the organization has been able to raise over $20MM. 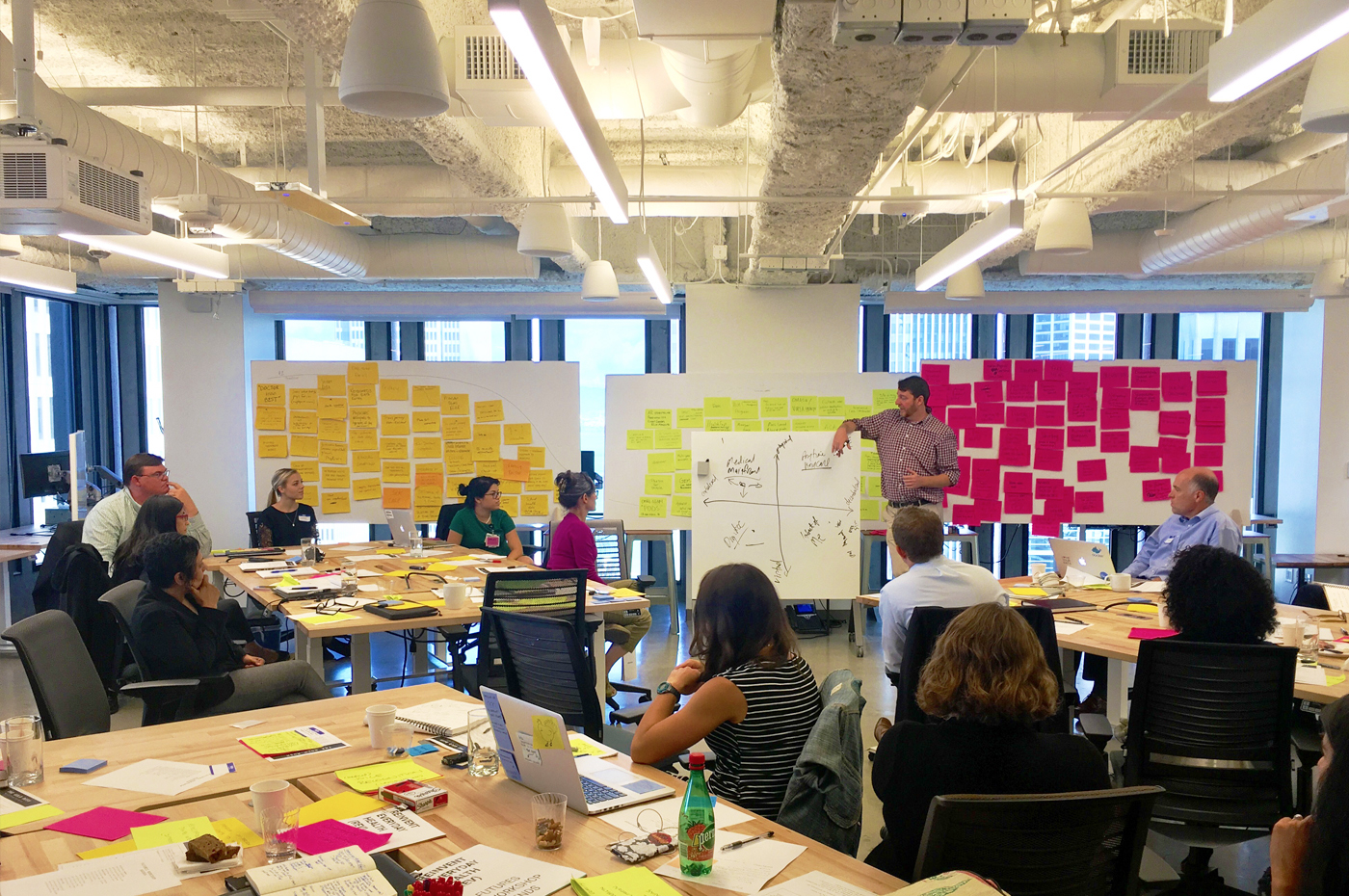 We worked with Sutter Health's community of nurses, physicians, and other staff to develop scenarios that would inspire future innovation within the organization. The workshop resulted in a range of visions for the future of healthcare. 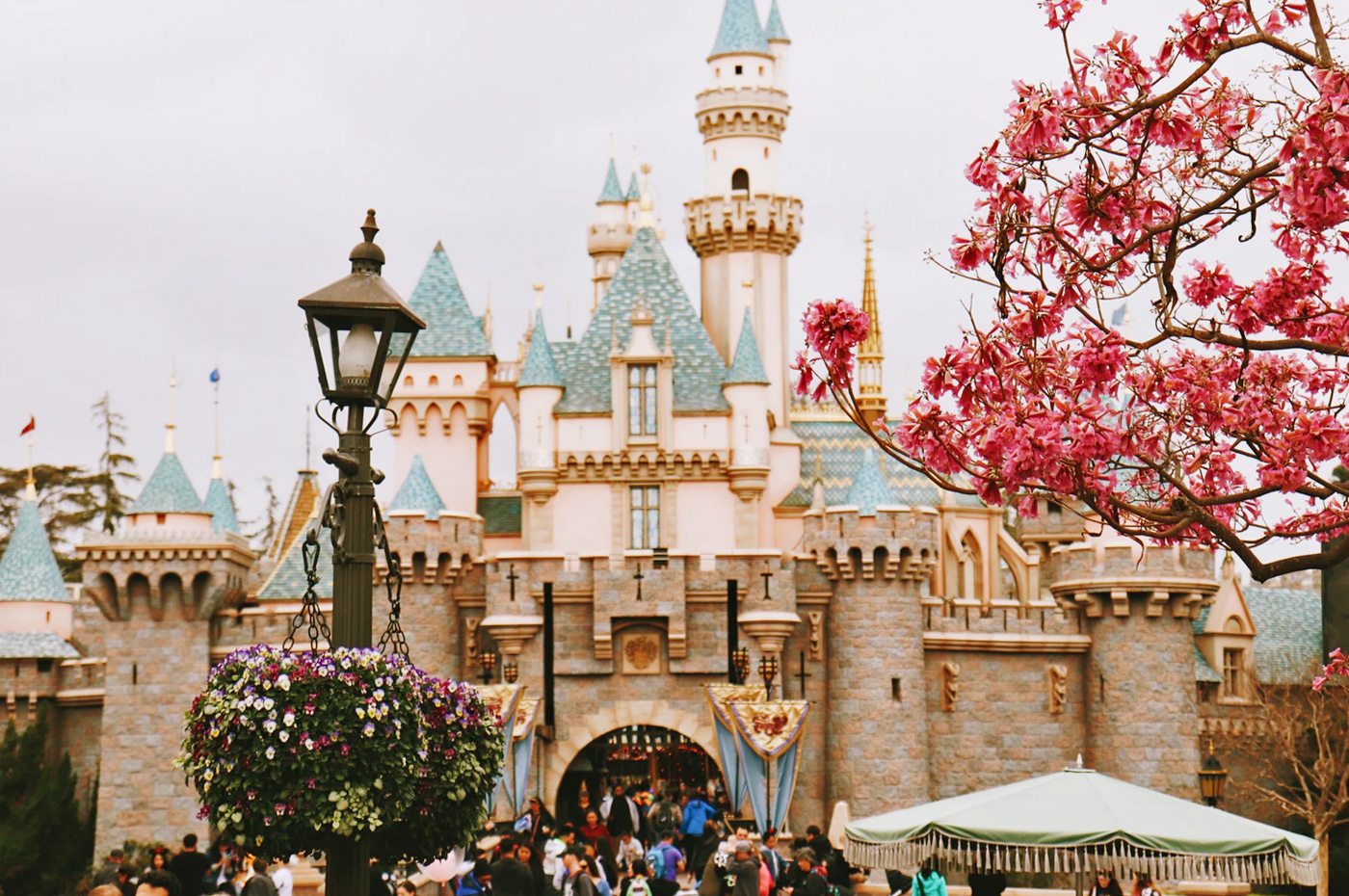 We collaborated with Disney Imagineering's finance department in order to uncover new design strategies and visual communication approaches that could better distill and disseminate their global investment and "menu planning" process. 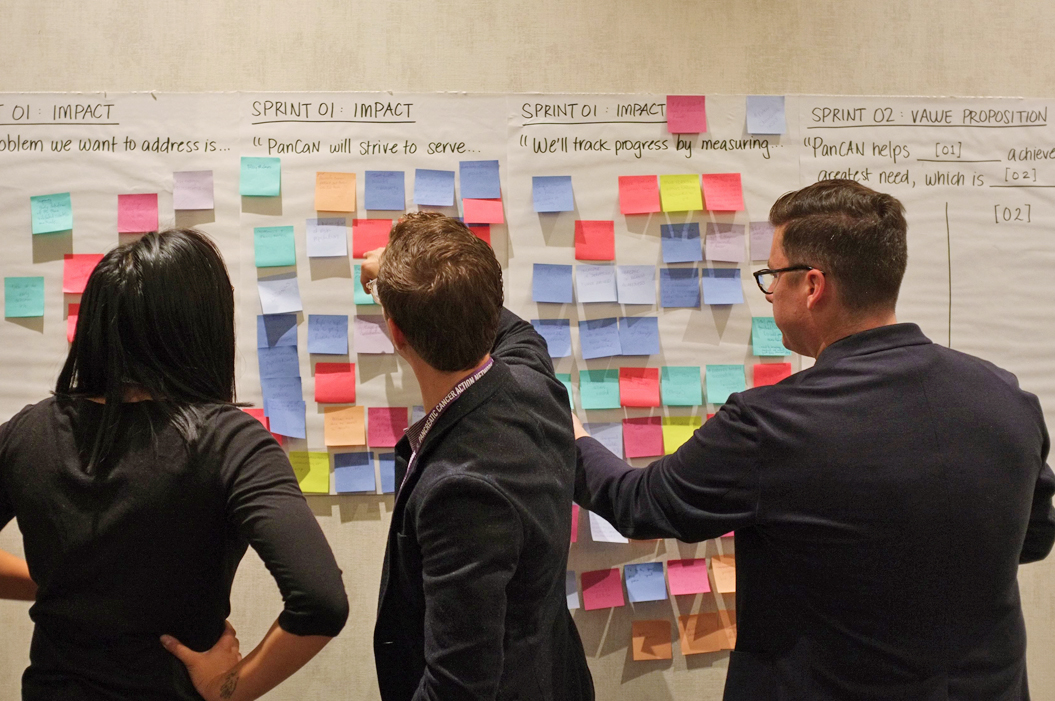 We are currently working with the Pancreatic Cancer Action Network on the development of a new mission, vision, and goal statements to guide the organization's efforts from 2020-2030. This has included organization-wide workshops, interviews, and more. 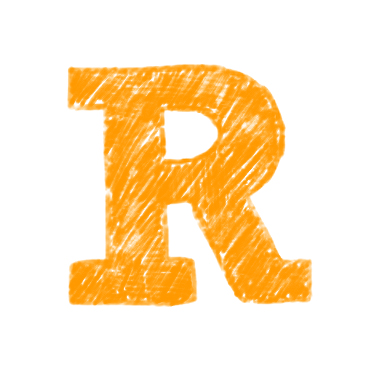 Check out our methods online at our publishing house, Reginald.